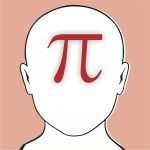 There is a lot to be remembered in Buddhism. The Buddha often used a simple simile to demonstrate a point. Other Buddhist teaching devices, such as the Wheel of Existence, explain complex matters using uncomplicated graphics and straightforward geometrical arrangements. People have different methods of learning and comprehending. The Buddha was a great master in finding just the right way for each individual. Classifying and numbering Buddhist teachings to create easy to remember segments helps retain essential elements of Buddhist teaching. I hope you will enjoy this comprehensive list.

ONE One Buddha – One Mind – One Individual

FOUR Noble Truths: suffering, the cause of suffering, the cessation of suffering, the path that leads beyond suffering.
FOUR Bardos: bardo of this life, bardo of dying, the bardo of luminosity, bardo of becoming.
FOUR Elements: earth (solid), water (liquid), fire (hot), wind/air (moving).
FOUR Eyes of the Buddha: physical eye, divine eye, wisdom eye, dharma eye, Buddha eye.
FOUR Foundations: mindfulness of body, feeling, mind, phenomena.
FOUR Fruits of the Way: stream enterer, once returner, never returner, arahat.
FOUR Great Streams of Suffering: birth, sickness, old age, death.
FOUR Movements: from darkness to darkness, from light to darkness, from darkness to light, from light to light.
FOUR Types: those who look after themselves and ignore others, those who look after others and ignore themselves, those who neglect themselves as well as others, those who look after themselves as well as others.
FOUR Hallmarks: all compounded things are impermanent, all emotions are pain; nothing has inherent existance or self-identity, nirvana is beyond concepts.
FOUR Immeasurables: may all beings know happiness and the causes of happiness (loving kindness). May they be free from suffering and the causes of suffering (compassion). May they never be separate from the highest bliss (sympathetic joy). May they come to rest in the great equanimity free from attachment and aversion (equanimity).
FOUR Kalpas: the kalpa of creation, the kalpa of continuance, the kalpa of decline, the kalpa of disintegration.
FOUR Metaphors: thinking of oneself as being sick, a spiritual friend as a doctor, the dharma as the remedy, practicing instructions as the way to recover.
FOUR Modes of Birth: from the womb, from the egg, from moisture, from transformation of forms.
FOUR Noble Disciplines: not to respond to anger with anger; not to respond to physical harm with physical harm, not to respond to criticism with criticism, not to respond to verbal argument with verbal argument.
FOUR Obscurations: negative emotions, karmic obscurations, conceptual obscurations, obscurations of habitual tendencies.
FOUR Powers: aspiration, steadfastness, joy, moderation.
FOUR Opponent Powers: regretting harmful action, reliance on the 3 jewels, remedy by applying antidote, resolving not to repeat.
FOUR Reliances: rely on the teacher’s message, not on his personality, rely on the meaning, not just the words, rely on the real meaning, not on the provisional one, rely on the innate wisdom mind, not on ordinary, judgmental opinion.
FOUR Reminders: preciousness of human rebirth, the truth of impermanence and death, the law of cause and effect, the shortcomings of samsara.
FOUR Seals: all composite things are impermanent, all emotions are painful, all phenomena are empty; nirvana is beyond extremes.
FOUR Teachings of the Buddha: sudden, direct teaching, gradual teaching, secret teaching, indeterminate teaching.
FOUR Things Necessary for Karma to Ripen: intention, action, object, completion.
FOUR Ways of Attracting Beings: being generous, speaking in a pleasant manner, teaching in accordance with individual’s needs, and acting in accordance with what is being taught.
FOUR Alternatives: being, non-being, both being and non-being, neither being nor non-being.
FOUR Mindfulnesses: mindfulness of body, mindfulness of feeling, mindfulness of thoughts, mindfullness of all things.
FOUR Bodhisattva Actions: giving to others, affectionate speech, conduct profitable to others, cooperation with others.
FOUR Certainties of a Buddha: perfect enlightenment is irreversible, all defilements are exhausted, all obstacles have been overcome, the way of abandoning has been proclaimed.
FOUR -fold Relationship Between Questioner and Answerer: guest sees host, host sees guest, host sees host, guest sees guest.
FOUR Great Vows: though the many beings are numberless, I vow to save them, though greed, hatred and ignorance rise endlessly, I vow to cut them off, though the dharma is vast and fathomless, I vow to understand it, though Buddha’s way is beyond attainment, I vow to embody it fully.
FOUR Illnesses: grasping the body as oneself, grasping the four gross components, grasping the five clusters, grasping the twelve sense media.
FOUR Jhanas: First Meditation: initial and discursive thoughts; born of aloofness; rapturous and joyful. Second Meditation: devoid of initial and discursive thoughts; born of concentration; ecstatic and joyful. Third Meditation: dwelling in equanimity, attentiveness and clear consciousness; joy. Fourth Meditation: neither joy nor anguish; purification by equanimity and mindfulness, without defilements; mind becoming fixed and immovable.
FOUR Kinds of Samadi: constantly sitting, constantly walking, part walking, part sitting, neither walking nor sitting.
FOUR Medicines: the two elements of matter and mind, the four gross components, the five clusters, the twelve sense media, the eighteen elements.
FOUR Phases of Thought: pre-thought (not yet thinking), imminent thought (being about-to-think), the thought proper (actually thinking), completed thought (having thought).
FOUR Propositions of Nagarjuna: identity, difference, negation, affirmation.
FOUR Repudiations of the Truth: to assert definitely that things exist, that they do not exist, that they both exist and do not exist, that they neither exist nor do not exist.
FOUR Right Efforts: discard wrongdoings that have arisen, prevent the arising of unarisen wrongdoings, develop unarisen good actions, augment arisen good actions.
FOUR Stages of Formlessness: stage of limitlessness of space, stage of limitlessness of consciousness, stage of nothing whatever, stage of beyond awareness and non-awareness.
FOUR Stages of the Dharma: the opening up of the Enlightened One’s wisdom, the revelation of the Enlightened One’s wisdom, the awakening to the Enlightened One’s wisdom, the entry into the Enlightened One’s wisdom.
FOUR Turnings of the Wheel of Dharma: the dharma wheel of goodness and purity, the dharma wheel of expedient means, the dharma wheel of truth, the dharma wheel without residue.
FOUR Wisdoms of the Buddha: great mirror wisdom, wisdom of equality, profound observing wisdom, perfecting wisdom.

FIVE Aggregates: form (fleeting, interdependent, composite. Feeling (dependence, impermanence, changeability), perception (changeability, impermanence, unreliability), formation (impulsive, transitory, momentary), consciousness (entirely dependent on the other four aggregates).
FIVE Buddha Families: Vairochana, Akshobhya, Ratnasambhava, Amitabha, Amogasiddhi.
FIVE Commandments: abstain from killing, abstain from stealing, abstain from adultery, abstain from lying, abstain from intoxicating liquors.
FIVE Fetters: belief in individuality, scepticism, clinging to rites and rules, craving/desire, hatred.
FIVE -Fold Path of Mahamudra: meditation on bodhicitta, deity yoga, guru yoga, mahamudra practice, dedication of merit.
FIVE False Views: viewing one’s mind and body as a possession, believing that life ends with death or that life persists after death in some unchanging form, denial of the law of cause and effect, adhering to misconceptions and viewing them as truth, while regarding inferior views as superior, viewing erroneous practices or precepts as the correct way to enlightenment.
FIVE Precepts: no killing, not stealing, no sexual misconduct no lying, no intoxicants.
FIVE Powers: faith/confidence, energy/effort, mindfulness, concentration, wisdom.
FIVE Heinous Crimes: killing one’s father, mother or an arhat, attempt to wound a Buddha, causing division in the sangha.
FIVE Hindrances: sense craving, anger/ill will, sloth/torpor, restlessness/worry, doubt.
FIVE Mental States: anger (hatred/aggression), craving, ignorance, jealousy, pride.
FIVE Offerings of Sensual Enjoyment: sight/form, sound, smell, taste, touch.
FIVE Virtues: faith, mindfulness, energy, concentration, wisdom.
FIVE Recollections: no escape from old age, no escape from ill health, no escape from death, no escape from separation, no escape from one’s deeds.
FIVE Eyes of the Buddha: physical eyes, divine eyes (perception of divine beings), wisdom eyes (perception of the two vehicles Sravakas and Pratyekabuddhas), Dharma eyes (perception of the bodhisattvas), Buddha eyes (perception of the Buddha).
FIVE Expedient Means: calling the Buddha’s name to attain rebirth in the Pure Land, visualizing the form of the Buddha to eradicate misconducts, realizing that all perception is mind-only, transcending mind and its objects of perception, the perfect understanding of origination.
FIVE -fold Cause and Effect (cause and effect in terms of): object of belief, differentiation, equality, accomplishment of practice, entry of realization.
FIVE -fold Method of Commentary: explanation of the title, definition of its body or substance, determining its principle, consideration of its function or applicability, ascertaining its teaching.
FIVE Hellish Sins: patricide, matricide, murder of an arhat, injury to a buddha, creating a schism in the sangha.
FIVE Levels of Achievement: subjectivity, objectivity, non-action (from which action emerges), inter-fusion of action and non-action, freedom from both action and non-action.
FIVE Levels of Discernment: dismissing the false, preserving the real, relinquishing the diffused, retaining the pure, gathering in the extensions, returning to the source, suppressing the subordinate, manifesting the superior, dismissing the phenomenal aspects, realizing the true nature.
FIVE Meditations on Stopping the Mind: meditation on the vileness of the body, meditation on compassion, meditation on dependent origination, meditation on the correct discernment of the phenomenal world, breath-counting meditation.
FIVE Periods of the Buddha’s Teachings: Flower Garland period (3 weeks), Agama period (12 years), Vaipulya period (8 years), Wisdom period (22 years), Lotus and Nirvana period (8 years).
FIVE Periods of Impurity: the kalpa in decay, suffers deterioration giving rise to, deterioration of view, egoism arises, passions and delusions of desire, anger, stupidity, pride and doubt arise, resulting in increase in misery, decrease in happiness, span of human life gradually decreases to ten years.
FIVE Stages of the Emergence of Thought: the desires of the mundane world, discrimination of opposites arising from thoughtless states, idles thoughts leading to more of the same, shameful thoughts upon realization that one’s previous thoughts have been idle, quietude where one is free from thoughts of desire, discrimination, idleness, shame.
FIVE Temptations: desire, anger/resentment, stupidity/foolishness, arrogance, doubt.
5 False Views: viewing one’s own mind and body as one’s own possession, believing that life ends with death/or that life persists after death in some eternal and unchanging form, denying the law of cause and effect, adhering to misconceptions and viewing them as truth, while regarding inferior views as superior, viewing erroneous practices or precepts as the correct way to enlightenment.

Next
Previous
Next
Related Posts 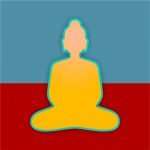 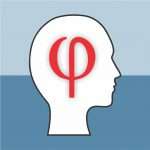 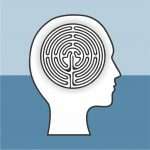 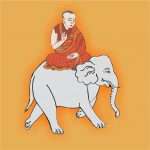 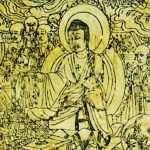 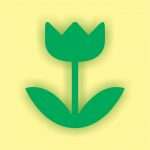 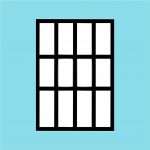 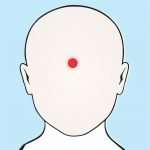 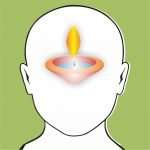 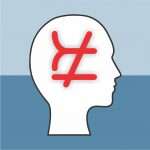